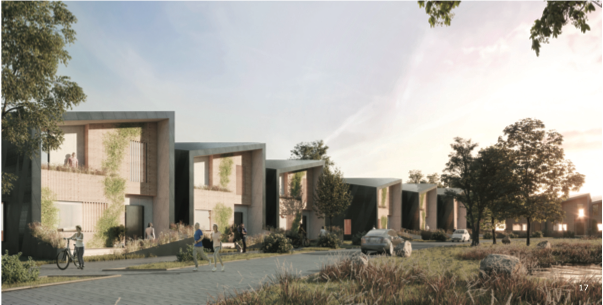 Hemposite® as a concept was inspired by the growing climate emergency and increasing consumer demand for better buildings that have a net-zero carbon impact on the environment. The PBE team seeks to go beyond net-zero by delivering a construction solution that potentially produces more power than it requires, delivers high levels of carbon sequestration and improves well-being through improved thermal and acoustic performance.

Modular housebuilding is a growing industry in Britain. Of the 200,000 homes built each year, 15,000 are now factory-built and analysts expect this number to double by the end of 2020. JLL, a property analyst that compiled a report on the industry, shows that traditional building methods are unsustainable long-term because of an ageing population of construction workers (about 700,000 of the two million workers on Britain’s construction sites are over 50) and an over-reliance on eastern European bricklayers. However, it says that although the quality of factory-built homes can be far better than conventional builds, the cost of construction is jeopardising the future of the industry. It warns that many traditional construction firms are refusing to produce factory-built homes because the construction cost per unit is 12 per cent higher than traditional building methods.

It is this cost challenge that underlines the Hemposite® opportunity and the need for a unique selling point that is positioned to capitalise on every increasing consumer demand for more environmentally sustainable solutions. Growing concerns linked to the advanced-economy impact on the planet as a result of excessive consumption by wealthy lifestyles have and will continue to change behaviours. Price up-front is important, we must be competitive when you factor in life cost benefits. In the short term, a Hemposite® development will command a premium however as we scale up the gap to conventional construction is likely to narrow substantially.

Scientists have a moral obligation to clearly warn humanity of any catastrophic threat and to “tell it like it is.” On the basis of this obligation, more than 11,000 scientist signatories from around the world have stated clearly and unequivocally that planet Earth is facing a climate emergency. Exactly 40 years ago, scientists from 50 nations met at the First World Climate Conference (in Geneva 1979) and agreed that alarming trends for climate change made it urgently necessary to act. Since then, similar alarms have been made through the 1992 Rio Summit, the 1997 Kyoto Protocol, and the 2015 Paris Agreement, as well as scores of other global assemblies and scientists’ explicit warnings of insufficient progress (Ripple et al. 2017). Yet greenhouse gas (GHG) emissions are still rapidly rising, with increasingly damaging effects on the Earth’s climate. An immense increase of scale in endeavours to conserve our biosphere is needed to avoid untold suffering due to the climate crisis. (Concept Image © Pixel Architecture LLP)