In an ambitious feat of passion and expertise, the Parnall Aircraft Company Ltd is restoring a MkVb Supermarine Spitfire. The aircraft is already registered with the CAA as G-CJWO and carries the military serial no. BL688, which was operational during the Second World War, including the infamous D Day operations.

Our experienced engineering team are methodically restoring BL688 to flying condition with support from leading organisations in this field, including Propshop Ltd t/as Aircraft Restoration Company, Historic Flying Ltd at Duxford and Airframe Assemblies on the Isle of Wight. Alongside this, we are building a non-flying (static) example, which will be used for engineering training purposes. Both fuselages are being constructed in jigs in the main workshop with the wings for the static being assembled in another building at Trelonk, The aim for attaining a high standard achieved will be the same on both.

We hope that BL688 will represent the Parnall Aircraft Company at local events in Cornwall and further afield. The static aircraft will be housed at Trelonk in a wheels down position and used as a work bench for aircraft engineers and apprentices of the future.

It will be fully representative and constructed as if it were a flying Spitfire. The engine will be visibly correct even though its components won’t actually work.

A Spitfire takes approximately 25,000 skilled man hours to construct with suitably experienced staff meeting the criteria of the Civil Aviation Authority. The wings alone will require around 14,000 man hours per pair.

As with all things aviation, there is a process to follow and instruction books do not always exist. Original drawings can be faded or hard to read and not all available. 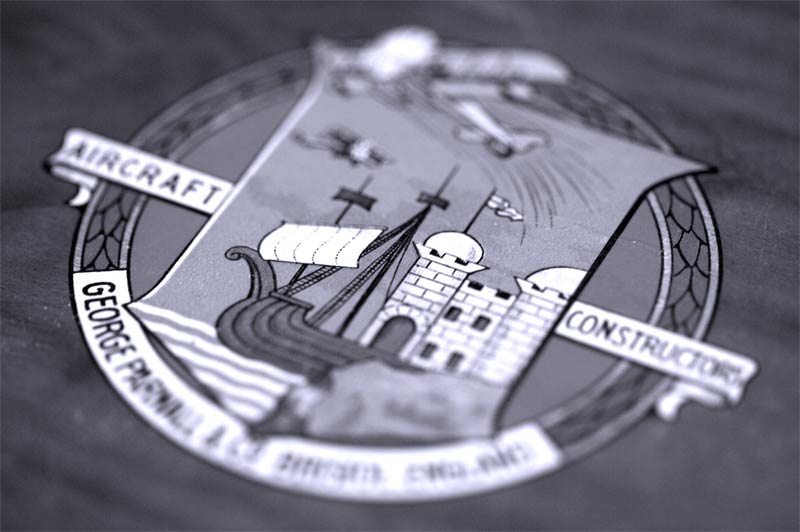 Parnall evolved from a weights and measures manufacturer, to experts in shop fitting, to an aircraft production company, as well as establishing ourselves as a legal firm in the 1920s, our roots are firmly planted in the early years of military aviation history.

In 1820, William Parnall opened a business in Narrow Wine Street, Bristol, trading as a weight and measures manufacturer which expanded over the years to cover shop fittings. By the 1880s, Parnall & Sons was the largest shop fitting company in England. In 1889, it was established as a limited company known as Parnall & Sons Ltd and had gained itself a reputation for quality. In 1913, this attracted the attention of W&T Avery Ltd of Birmingham – another well-known weights and measures manufacturer – who took over the company but retained the Parnall & Sons Ltd brand.

At the start of WW1, John Parnall’s son George was Managing Director as the company began manufacturing aeroplanes and seaplanes, producing over 600 by 1918. This included aircraft for the Admiralty, namely Avro 504, Sopwith Hamble Baby and Shorts types. Two company aircraft designed were the ‘Zepp’ Chaser and the Parnall Panther. George was widely described as a determined visionary who would go on to establish his own aviation company against incredibly stiff competition (using his workforce’s expertise in woodwork to his advantage). George was a founder member of the Society of British Aircraft Constructors and his factory was visited by a number of high-profile personalities of the period. During WWI, a young designer, Harold Bolas, joined the company. He quickly became Chief Aircraft Designer and a leading figure in the company’s experimental aircraft designs. During his times with the Admiralty Bolas had designed the AD Nayvplane in a joint venture with a certain R J Mitchell who went on to design the Schneider Trophy Seaplanes and later the Supermarine Spitfire. Harold Bolas was chief aircraft designer for both Parnall & Sons and George Parnall & Sons, from 1917 to 1929.  His first design for Parnall was the Panther, a 2 seat reconnaissance bi-plane of which a non-flying example is being re-created at Trelonk. The last design he produced before leaving for America in 1929 was the Parnall Elf, an example of which is part of the Shuttleworth Collection at Old Warden.

By 1918, Parnall & Sons were manufacturing various types of aircraft for the Admiralty, including Short 827 seaplanes and Avro 504Ks and Hamble Baby Converts.

During the Second World War, the company once again turned to aircraft manufacturing and the factory in Yate produced components and fuselage sections in metal and wood for a range of Royal Air Force and Fleet Air Arm aircraft in service, including Tiger Moths, Shorts Stirling, Handley Page Halifax, Bristol Beaufighters and de Havilland Mosquito. Many fuselages of the Airspeed Horsa (a wooden troop carrying glider) were produced. These were used in the D Day landings and later at Arnhem. Unfortunately, the Yate factory site was a strategic target for the Luftwaffe bombing and during 1941 over fifty people were killed during raids which damaged the buildings. But, even after a factory bombing in World War II, Parnall & Sons continued in full production, building nose and tail turrets for, amongst others, aircraft of Bomber Command including Lancasters along with Spitfire wing assemblies and other components. Over 22,000 gun turrets for the aircraft of Bomber and Coastal Command were produced Parnalls.

These days, our heritage extends to the restoration of two MkVb Supermarine Spitfires and building a full-size replica of a Parnall Panther.

Parnall’s chapter in aviation history doesn’t end with the manufacture of components. We designed many models, including the Panther, a two-seat carrier-borne Fleet Spotter reconnaissance biplane with a 230hp Bentley BR 2 rotary engine.

Other aircraft designed and built by Parnall include:

The Parnall Puffin. An aircraft which was powered by a 450hp Napier Lion II water-cooled engine and was fitted with a rudder at the tail of the main float. The Puffin came about during the company’s time being known as George Parnall & Co, so named for the dynamic Managing Director.

The Parnall Imp – a small two-seater biplane with a straight lower wing, joined by wide chord struts without bracing to the sharply swept under wings. It flew into 8h place in the 1928 King’s Cup Race.

Parnall Plover – Designed as a single seat carrier borne naval fighter. One of the first-generation fighters designed for carrier activity with floats or wheels for ground use.

Parnall Elf – Henry Bolas’s last design for Parnall – a two-seater touring biplane in the de Havilland Moth class, using fabric-covered wooden construction and powered by an ADC Hermes I engine – it was viewed by HRH the Duke of York (the then future king) at the 1929 International Aero Exhibition held at the Olympia Exhibition Centre in London. The prototype of the Elf flew with Cornwall Aviation Company of St Austell in the early 1930’s. This was considered a ‘Flying Circus’ and included joy rides for the public and exciting demonstrations to the public including the well-known ‘Crazy Flying’. The third and last Elf built is based and flies at the Shuttleworth Collection at Old Warden in Bedfordshire.

Rebuild of the Parnall Panther

We are currently building a Parnall Panther which was an aircraft designed by Harold Bolas for Parnall & Sons in Bristol. This innovative aircraft was developed to fulfil a need for the Air Ministry for a reconnaissance craft to operate from the deck of a ship.

It went into production towards the end of the First World War paving the way for today’s fleet of aircraft carriers. After the war, the aircraft was manufactured by the Bristol Airplane Company and a number of examples were exported overseas.

This ambitious project aims to create an authentic non-flying replica using all information available. Much of the original factory documentation has been lost, and there are no existing examples of the aircraft to work from. We are making use of the latest in CAD modelling techniques and profile-cutting technology to create an aeroplane that is as faithful (as is currently possible) to the original design.

The Panther was powered by a Bentley BR2 engine – a nine-cylinder rotary engine capable of 230 hp at 1,300 rpm. This remarkable motor represented state-of-the-art technology for the time and was also used to power the Sopwith Snipe fighter aircraft. Complete engines and original parts are scarce, however, we are currently looking for anything that will contribute to the power train.

To make this project more authentic, we are also looking to acquire any historic parts relating to the Bristol Airplane Company of this era or Parnall itself, as many of the parts were common to various aircraft, including the Hamble Baby and other Parnall aircraft. If any such parts happen to be buried in your loft or workshop, they could be very relevant to this build and we would be grateful if you would contact Mark Parnall
We are also looking for any documentation relating to the Panther build including original or copies of drawings and type plans, photographs or personal accounts or to Parnall aircraft in general.

We are hoping to breathe life into the aviation history that has sat at the heart of Parnall’s brand for so long and we are excited about the journey ahead. Keep up to date on our news page. 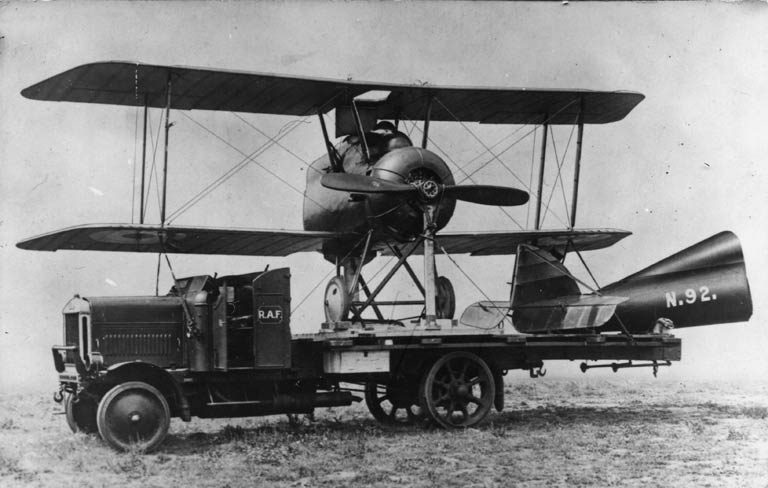 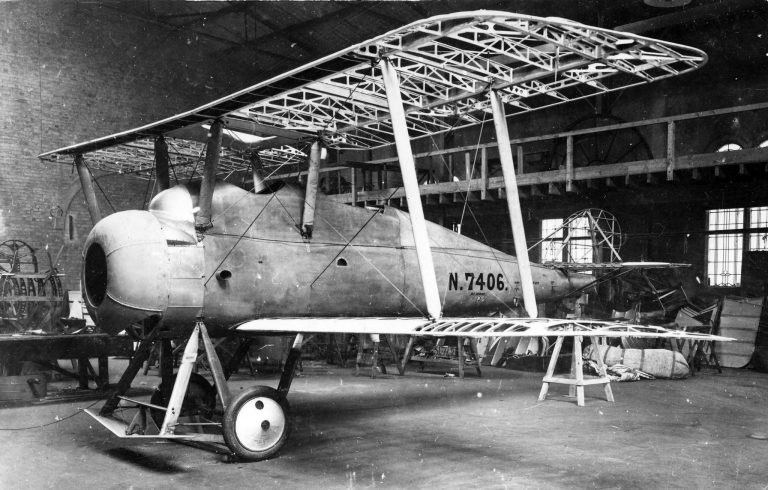